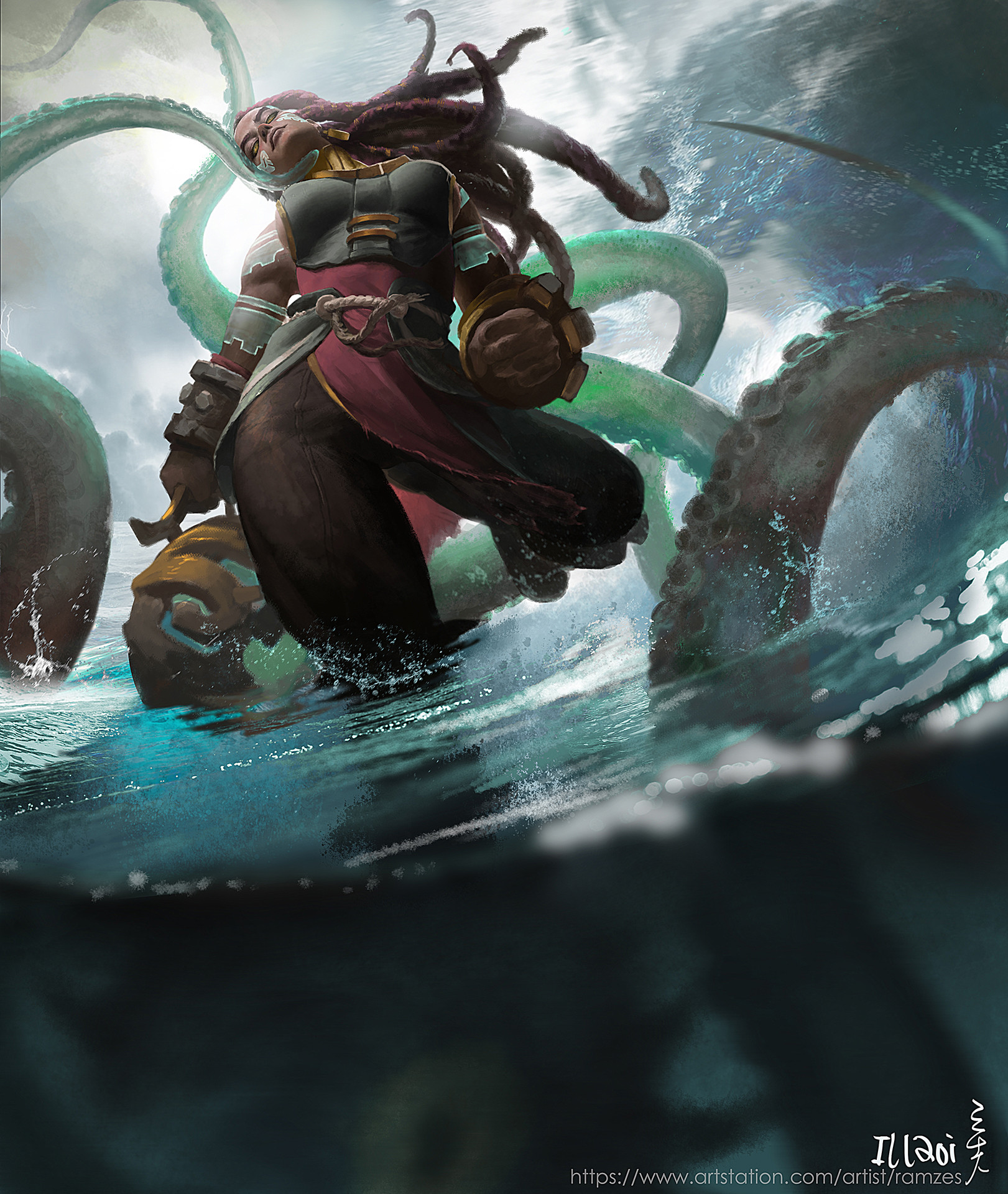 We've used our extensive database of League of Legends stats along with proprietary algorithms to calculate the most optimal build for Illaoi.

Reference it during all phases of the game to ensure that you always have an edge over the competition. METAsrc is not endorsed by Riot Games and does not reflect the views or opinions of Riot Games or anyone officially involved in producing or managing League of Legends.

Spirit Visage. Tentacle Smash. Harsh Lesson. Test of Spirit. Leap of Faith. Best Runes Reforged Precision. That was not the way of Nagakabouros.

That was not the role of a Truth Bearer. This was not the place for doubts or second-guessing. If she trusted her god, she must trust her instincts.

And what fool would choose a man over a god? A familiar lightness replaced it, yet somehow she could still feel its weight there.

She stomp-kicked Gangplank, her heel smashing into his nose with a crunch. He flew backward like a drunkard, blood pouring down his lip.

He rolled over and looked up at her with furious eyes. She reached out with her mind and called forth the energy of the Mother Serpent as she swung the giant idol forward.

Touched by gold, these tendrils were as beautiful as the sunrise over water, and as horrifying as the darkest undersea abomination.

More tentacles grew from the icon, replicating around the room as if born from some unknowable mathematics.

But the whirlwind ignored his cries as the storm of tentacles took him. He shuddered as ghostly images of his past lives shook around him.

He screamed as his soul was ripped from his body. His doppelganger stood unmoving before Illaoi. The spirit of Gangplank smoldered an almost blinding blue, its body crackling and flickering through his previous lives.

The mass of tentacles attacked the wounded captain. Gangplank rolled and stumbled to his feet, dodging what he could.

But for each one that missed, more and more appeared. Reality twisted and churned around him. The swarm of tentacles crashed against him, pushing him down, pulling him further and further from his soul—toward oblivion.

Illaoi wanted to look away. More than anything, she wanted to turn her eyes. It is my duty to witness his passing.

He was a great man, but he has failed. The universe demands—. Gangplank rose. Slowly, inexorably, and unrelentingly he forced his broken body to stand.

He ripped himself from the mass of tentacles and advanced step by painstaking step, roaring through the agony. Bloody and exhausted, he finally stood in front of Illaoi.

His eyes bulged with hate and pain, but full of purpose. With his final ounce of strength, he walked into the glowing visage of his spirit.

Gangplank stood inches from his former love—glaring at her. His back arched and his chest swelled with the sweet air of resolve—he was the proud captain once more.

Gangplank turned and walked away from her, no less injured or limping, but his stride now held its familiar boldness.

As the monks and hierophant returned to the antechamber, Illaoi remembered there were a thousand things she needed to do.

A thousand little burdens she needed to carry. The Truth Bearer would have to meet with Sarah Fortune. Illaoi suspected Nagakabouros would soon need to test the bounty hunter.

But the universe gives us our desires, and our instincts. So we must trust them. Slam deals physical damage. Vessel spawn a Tentacles every few second if no other Tentacles are nearby.

She should feel a lot better to play and stronger in general when you add up all the smaller QoL changes and buffs. Passive - Prophet of an Elder God.

W - Harsh Lesson. E - Test of Spirit. R - Leap of Faith. Patch 8. R cooldown decreased late. The addition of rune stats gave Illaoi the freedom to spec into Conqueror without eating the inefficiency of attack speed as her path bonus.

We're accompanying that stat optimization with some cooldown buffs, bringing Illaoi's ability uptime in line with other top lane fighters.

These changes combined will help Illaoi stay in motion and on the offensive. When Illaoi's tentacles are hidden by brush, enemies have no way to accurately track how much damage she can do to them.

Knowing is just half the battle, though - without vision of a tentacle, there's no way to kill it. With Illaoi getting a little more of the spotlight, we noticed her opponents having a tougher-than-normal time dodging some of her stray tentacle slams.

Fighting Illaoi should test your spirit, not your ability to judge misleading indicators. W damage up. E slow down, but no longer decays.

Illaoi will still have to care more about positioning than the average burly fighter, but enabling mixed-defense builds should see her able to consistently contribute to fights once she gets the ball rolling.

Q - Tentacle Smash. Being tested forces. For those who aren't in the know, there's a nasty bug where being knocked up or knocked back during Illaoi's Leap of Faith will cause her tentacles to spawn away from her E mana cost down.

Vessels can now get 'assists' from allies. Illaoi's a champion that suffers a few problems - not only is she pretty difficult to play for a melee champion, but being on the receiving end of a fight for your own soul can feel incredibly frustrating to play against.

This patch, we're addressing both. A little bit of QoL for the Illaoi's that are just learning how to shatter their opponents souls, and a little bit of leeway for opponents hoping to break free of becoming a vessel.

Now your team is actually helping when taking out Illaoi's tentacles. It's the thought that counts, right? Sign In. Jump to: navigation , search.

Match History. Ban History. We are the motion. A loud crack interrupted her musing. A heavy, wooden door had slammed open downstairs.

Had to be. Working with those two alley whores. They sank it. I needed a boat. Spittle flew from his mouth in rage. Bled for it.

It is mine by right! If I send him away, he might live, at least… That was not the way of Nagakabouros. The universe demands— Gangplank rose.

The tentacles ruptured in bursts of light. Nagakabouros was satisfied. Prophet of an Elder God [Passive] Cooldown: 20 - 7.

Innate: Illaoi draws the presence of her god, spawning a Tentacle on nearby impassible terrain if no other Tentacles are nearby. Tentacles will not attack on their own, but can be made to Slam by Illaoi's abilities.

When she strikes, nearby Tentacles Slam at the target. Active: Illaoi pulls the spirit from an enemy champion for 7 seconds.

The spirit can be attacked, with a percentage of the damage taken echoing to its owner. Active: Illaoi smashes her idol into the ground, dealing physical damage to nearby enemies and spawn a Tentacle for each enemy champion hit. 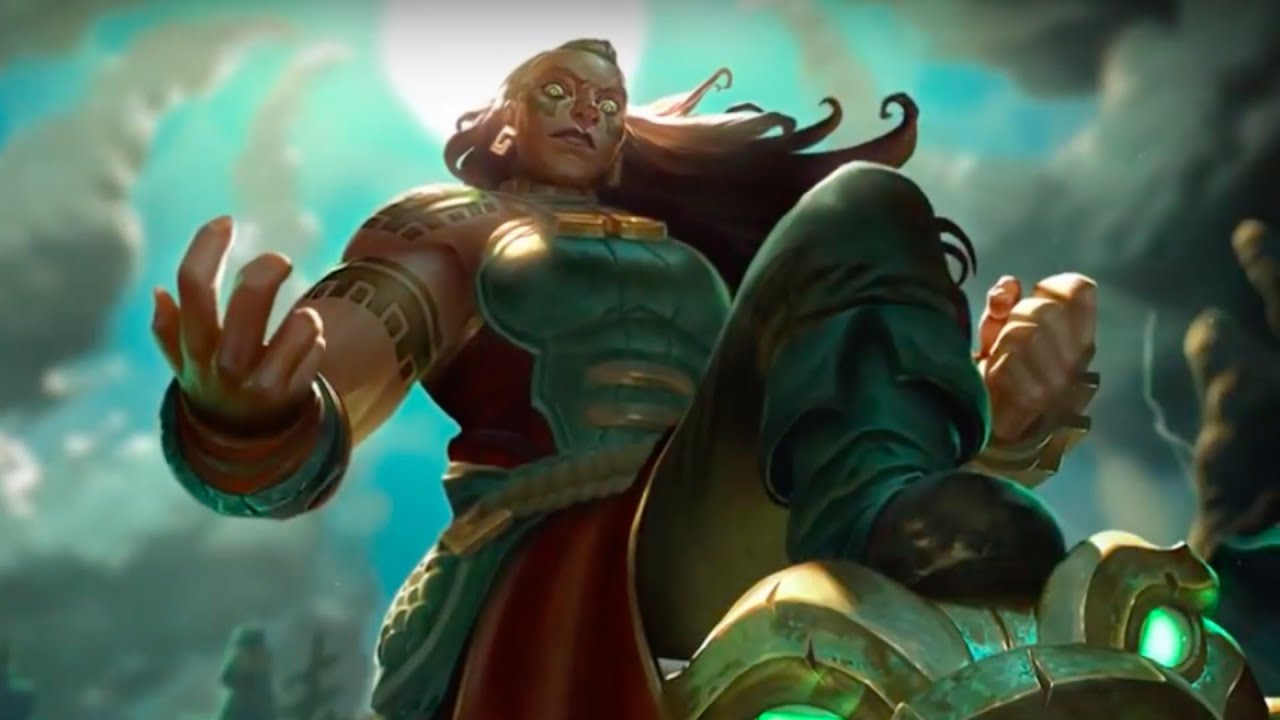 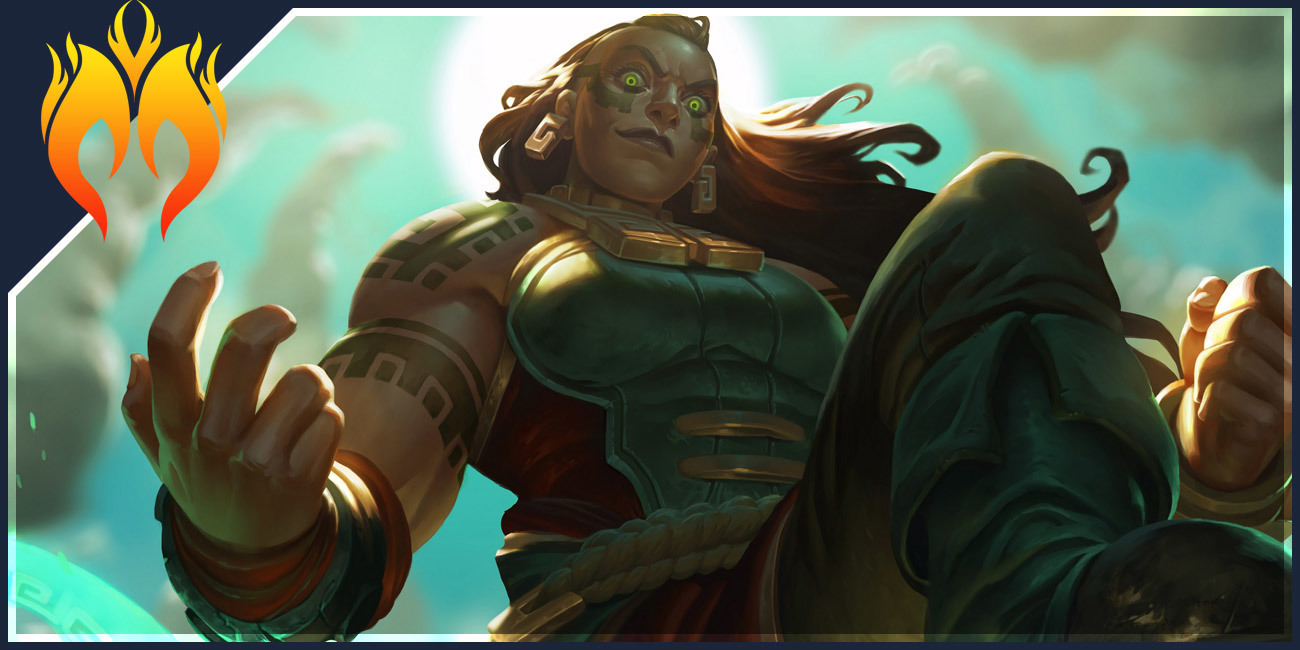